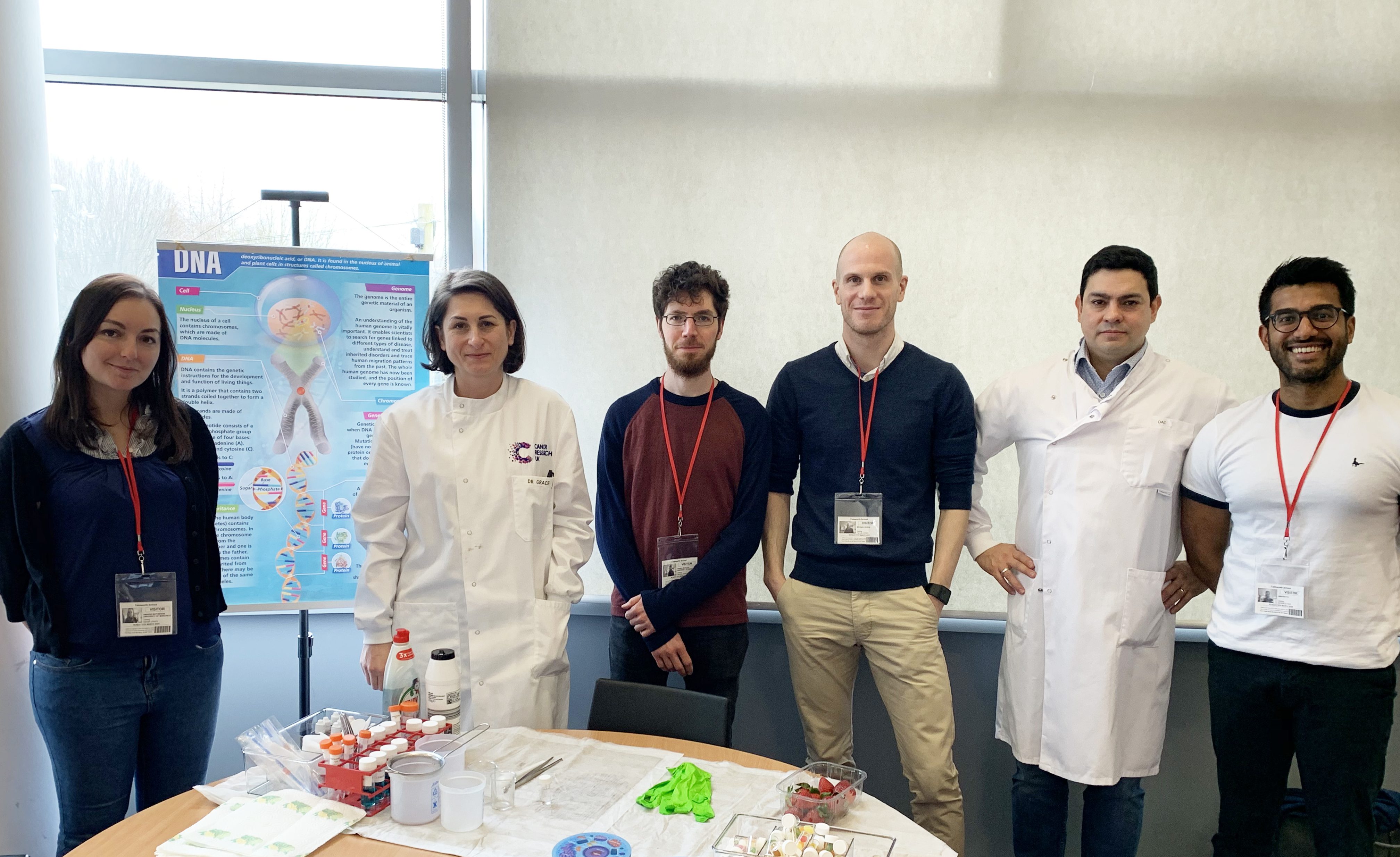 This March, the QBI lab group has taken engaging science talks into local schools through the Teen Science Café initiative. In each session, students from years 8, 9 and 10 were able to sit in small groups watching live demonstrations with our researchers, rotating around multiple stations over the hour. Each researcher related their demonstrations to STEM careers in the hope to inspire students to continue science at university. Time was given at the end for students to go back to researchers they had found most interesting and chat.

“[The teen science café] was fun and informative. I enjoyed it a lot! [The demonstrators] were very friendly and I was comfortable enough to ask them any questions.”
-Anonymous student

This initiative has been funded through University of Manchester’s widening participation grant and schools were selected based on low attainment levels and high numbers of students with a poor socio-economic background. Our aim was to give students who would not normally have the opportunity, the chance to talk face to face with real researchers. Through this project we have managed to reach over 180 students in two schools in Failsworth and Wythenshawe.

“Thank you so much. The students really enjoyed it and were gripped to organiser’s every word!”
-Anonymous teacher

Not only did we have fun running the sessions, we received positive feedback from both the teachers and the students through our anonymous surveys. Over half of students stated they had found out about career options they had not been exposed to, over a third felt they were more confident about their ability to have a career in science and a fifth of the students were now thinking about a career in science after the events.

After the success of these initial events, the lab group hopes to run more sessions like this in the next academic year. We look forward to reaching even more students in 2021!